While the rest of the sports world goes along at full steam, MLS in the midst of one of its most important offseason’s in the League’s history. That’s because the CBA between the owners nad the players expires on January 31. With 22 days before that date, there still isn’t a new agreement.

Right now, the League is a single-entity which means that teams do not have the ability to sign players. The player must first sign with the league and the league then assigns a player to a team. The reasons that allocations exist in MLS is to create a system for assigning players that more than one team have interest in. The single-entity effectively limits a player’s ability to gain his market value since teams are not forced to bid against each other for the player’s services. Instead, the player receives one contract offer from the league and is then assigned to one of those interested teams based on allocation order.

The players want this system removed. As a fan, I’m on the players’ side here. The allocation process is confusing and mysterious to outsiders while the “assignment of players” makes the league seem rigged. Now, this isn’t true, but allowing teams to sign their own players will create a more open, fair system. Teams will have more control of their rosters since they control whether a player is actually signed. not the league. However, teams would be forced to bid against each other which would drive contracts up so owners would certainly angered by that. However, nearly every other sports league in the world allows teams to sign their own players. MLB, NHL, NBA, NFL, EPL, La Liga, Serie A, and etc. all have teams sign contracts. For MLS to become an upper echelon league, this single-entity system must go. 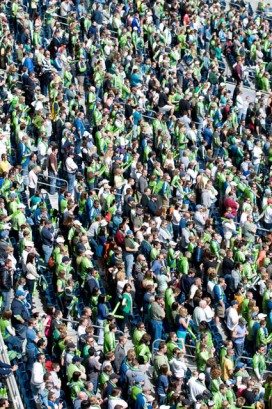 Guaranteed contracts may be the biggest sticking point for the players. Most players. though not all, can be cut by the team up to a certain date in the year without compensation. Once again, guaranteed contracts exist in all sports except MLS. This once again hurts the owners, but if a team makes a poor decision, it should not be able to just cut the mistake and face no consequences. Teams will become even more responsible for the moves they make.

This last demand will certainly happen, but how much is the question. Right now, the salary cap is way too low to support a full squad of competent players. The cap was at $2.4 million this year and will hopefully jump by a significant percentage (maybe to $3.5). Obviously, players want a higher cap to support higher salaries while owners want to keep it low. This demand is faced in sports across the world and will not be a sticking point in a deal.

US Soccer has the potential to explode with the unprecedented coverage of soccer occurring across the United States right now. The World Cup will receive more coverage this year than in any other before it and MLS has the chance to significantly increase its supporter base by piggybacking on it. A lockout/strike could end the league. However, ending the single-entity structure and guaranteeing contracts while raising the cap could raise the level of play, please players, and bring MLS into a respectable level amongst the world. The league has reached the point that if they acquiesce to the players’ demands, it will not fold. It is thriving in Toronto and Seattle, has expansion teams entering this year and in years after, and a beautiful new arena opening in New York. Now, it’s time to make this league real.

All those other mechanisms kept costs low to ensure the league survived. Now that it must grow and agreeing to the players’ demands, while garnering support amongst players, will also allow that growth.