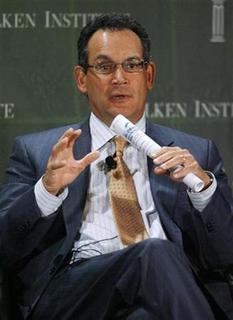 The top CEOs around the country saw their median pay grow to $14.5 million last year, even as stockholders began demonstrating their displeasure. The Dodd-Frank bill requires companies to hold a vote regarding executive pay at least once every six years. Many companies did so last year and stockholders voiced their displeasure. For instance, 73.3 percent of shareholders of Simon Property Group voted against the pay of its top executive, David Simon. Here’s the issue, though. The vote is non-binding. Companies have to take into account the stockholders’ vote, but they do not need to listen to it. Thus, Simon received $137 million last year, though a large chunk of it was in a stock package.

Each year companies pay their CEOs more, increasing their pay much more than the average worker and higher than inflation. Then the following year, in order to keep up with other companies, they raise their top-executive pay even more. Each year, the raises the executives receive outpace the raises that ordinary workers receive, f they happen. This just further increases income inequality. Do all CEOs really deserve a raise each year that is twice as a great in percentage terms as the ordinary worker? What if the company loses money? Can anyone really believe that CEOs deserve a raise then? But it happens and the American public has been rightfully outraged about it for year. Unfortunately, while Dodd-Frank at least gave stockholders the ability to vote on the issue, it didn’t give them any actual power. Thus, top-level executives continue to see their pay rise while the rest of America grumbles to itself.

One thought on “Executive Pay Grows Yet Again”