It’s been a busy few weeks with the Duke-UNC game, midterms and my job search, but I’m back and will be posting more over the next few weeks. First up: a rant I’ve been meaning to deliver.

I don’t’ think anyone really doubts the benefits of competition in markets these days, but sometimes life gives you very clear reminders of how important competition is. I’ve had two in just the past few days (these borderline on major whines so feel free to skim/not read):

1. I’m currently at school at Duke University in Durham, North Carolina and live in an apartment off-campus. The only option for internet and cable TV is Time Warner Cable. For those of you have used Time Warner, you probably know how incredibly frustrating every part of the company is. Now, the area around my apartment is under construction and it has disrupted various services while my roommates and I have lived there. For months now, the cable will go out numerous times a day. The TV screen will suddenly go blue and we will have to unplug various cords, jiggle the box or just wait it out. There isn’t any obvious cause for its failures and when we called Time Warner to come check it out, the tech didn’t even both coming and instead just informed us it was due to the construction and we could get a significant break on our payments. In addition, our internet has gone out at various times for hours at a time. It even went out in the middle of finals week for a full day. Now, you can call us just whiny college students, but we’re paying a decent amount of money for a service that fails a huge amount of the time. Is it that absurd to expect our internet and TV consistently? 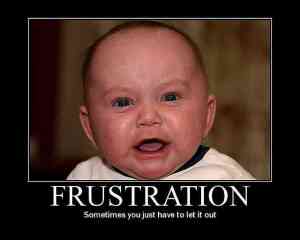 So, we called Time Warner to discuss that option. Let’s just say that Time Warner’s customer service was less than satisfactory. They sent us back and forth between different departments for an hour and finally offered us a $20 rebate, when we were looking for much, much more. Finally, we reached someone who offered us a month of free service, which was closer to what we were looking for. The manager politely told us that for a greater rebate, they’d have to send a service technician out to examine our setup again (they didn’t have much of a record of their tech’s first “visit”). We agreed and scheduled a meeting for the following day. Shockingly, no one arrived and we never heard from Time Warner. They’ll be getting another call this week.

If we could, we would dump Time Warner in a heartbeat and pick up a competitor. Unfortunately, no such competitor exists. I’d love to write a guest column in the Duke student newspaper recommending that anyone living off-campus bypass Time Warner and choose some other provider. I’d love to at least use that as a threat against Time Warner. Unfortunately, we can’t do that. Is there any clearer example of why competition matters? Time Warner can offer us sub-par internet, cable TV, maintenance and customer service, because we have no choice in the matter.*

2. At Duke, I’m a huge fan of the basketball team. I’ve never missed a game when I’m on campus and rarely miss a minute when the team is away. Unfortunately, I didn’t have a choice today. Duke played at Virginia Tech at 9pm and the game before it between UCONN and Cincinnati went into overtime. ESPN rightly broadcasted the end of the UCONN/Cincinnati game before switching over to the Duke game that had already started. That’s annoying, but just part of sports. ESPN ran an alert at the bottom of the screen saying the beginning of the Duke game would be shown on ESPNNEWS and Watch ESPN. I don’t receive ESPNNEWS, but I do get Watch ESPN. Watch ESPN is ESPN’s online service and they show numerous games this way. I turned on the Duke game and happily watched the first four minutes.

After the first timeout though, they switched the feed to the UCONN game. The Duke broadcast was already delayed on ESPN, because of the UCONN game. Now, ESPN was unnecessarily broadcasting the UCONN game on the online station reserved only for the Duke-Virginia Tech game. After the UCONN game ended, ESPN and Watch ESPN switched over to the Duke game, but it was too late. The Blue Devils had already stormed to a 12-point lead and I’d missed the most important part of the game (Duke won easily and the game was never close again).

Once again, this amounts to a gigantic whine on my part. But there was no reason for ESPN to switch away from the Duke game on its Watch ESPN channel. The UCONN game was being shown both on its own Watch ESPN channel and on ESPN itself! This was just utter incompetence (I said as much on Twitter). This is just one example, but ESPN’s sports coverage has grown worse and worse every year for those that watch religiously. They are incredibly biased in what sports they cover, their online writers barely proofread their stories anymore and their game analysis has become mediocre at best. ESPN could certainly use some competition.

Of course, sports broadcast rights are a completely different beast unto themselves. Only one station gets the rights to broadcast each game. That’s what makes those rights so valuable and it’s an intricate part of sports. But, wouldn’t it be great if another station had the resources and viewers to compete with ESPN on price and viewership. Maybe the NCAA wants to have more of its primetime games aired on NBC Sports Network. Unfortunately, they also know that viewership would drop. The NBC Sports Network just doesn’t have the clout that ESPN has. ESPN has a massive built-in advantage and, while not a monopoly, it has allowed it to slack off in a number of different areas over the years.

*By the way, I know entering the internet/cable TV market is incredibly hard and complicated. It’s just an example of how we’d all benefit if the barriers to entry weren’t so high. Of course, reducing those barriers is incredibly difficult, if not impossible, given our infrastructure restraints. (Image Via)

3 thoughts on “Life Rant: The Importance of Competition”