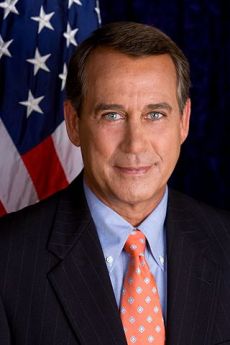 Democrats are still underestimating this man.

We’re into the second week of the government shutdown and rapidly approaching the debt ceiling deadline. Republicans are overwhelmingly taking the blame for the shutdown and still have no leverage in the negotiations. Democrats are still unified in their support for a clean continuing resolution. That doesn’t sound like a good situation for Speaker John Boehner (R-OH) and his party, right? Wrong.

In fact, this shutdown has worked out pretty well for Boehner. He’s kept his party unified while slowly ramping down their demands. Liberals dismiss the importance of party unity too quickly. They have clamored for the past week that the speaker should bring a clean CR up in the House and allow a vote on it. Such a bill would likely pass (despite Boehner’s bizarre refutation of that yesterday) and the shutdown would end. But this ignores the political reality of the situation. Conservative Republicans would go crazy at such a move. They may try to challenge Boehner’s speakership. Club for Growth and other conservative organizations may immediately look to primary moderate Republicans who voted for the bill. If these outside groups didn’t have much power, then Boehner and moderate Republicans could ignore them. But they are powerful. They have money and an influential grassroots networks. The Tea Party can’t simply be brushed away as an inconvenience. This means that a clean CR is simply not an option. Liberals who call for Boehner to bring one to the floor are ignoring the political dynamics that exist in the Republican party.

Another positive for Boehner is that he has a successfully merged the government shutdown and debt ceiling fights. It quickly became apparent last week that any shutdown deal would have to raise the debt ceiling as well as there was not time for two fiscal fights. Yet, this is a huge win for the Republican Party. Whatever final deal that the parties work out, Republicans will be able to tell their constituents that they broke Obama’s promise not to negotiate on the debt limit. If Boehner had split his party in half and passed a clean CR, he would’ve faced a debt ceiling fight a few weeks later and Obama would have held firm on not negotiating. In the end, Boehner would have had to raise the debt ceiling without getting anything in return (or anything remotely substantial). He understands how catastrophic a default would be and would never have allowed it to happen. In order to show that he extracted concessions out of Obama for raising the debt ceiling, he had to combine that fight with the one over the budget. He has accomplished that as well.

The Republican party is also taking a political hit each day the shutdown continues, but it’s highly unlikely to threaten their majority in the House and that’s what really matters. It may make it more difficult for them to take back the Senate, but with Obama in office, a Republican Senate won’t accomplish anything anyways. Politically it might help them for the 2016 presidential election, but controlling both houses of Congress in 2014 won’t allow Republicans to accomplish much legislatively. If the shutdown truly risked their House majority, it would be a big deal, but it doesn’t. In addition, the piecemeal bills the House has passed to fund the politically toxic aspects of the shutdown have given Republicans a talking point they can use to deflect blame. The political consequences of this shutdown simply aren’t very large.

Part of that is because the shutdown is actually not that harmful. The negative economic effects are minimal, especially with half of the furloughed workers returning to work today and all of them receiving back pay for their missed work. In fact, 83% of government spending is happening as scheduled. That’s not to say that the other 17% is minimal. It isn’t. There are some truly terrible parts of this crisis – NIH patients not receiving cancer treatment and research ruined – but it’s a sad truth that the effects of the shutdown are limited. Most Americans aren’t feeling them and the national parks and monuments being closed – while frustrating and disappointing to many tourists – isn’t a big deal. The longer the shutdown continues, the more it will become a true crisis that requires an immediate solution. But it will likely be over in less than two weeks as both parties understand the need to find a solution before we breach the debt ceiling. The effects of a government shutdown from October 1st to October 17th aren’t that big.

Finally, Boehner may earn his party substantial policy concessions from Obama and Senate Democrats. If the speaker had listened to all those calling for a clean CR, he would’ve received the sequester level cuts and nothing else, including nothing in return for raising the debt ceiling. Now, he has already locked in sequestration and will receive something else for a combined deal on both the government shutdown and debt ceiling. That may be the repeal of the medical device tax, some larger deal with chained CPI or a mechanism to spur tax reform. Whatever it is, it’ll be more than he would’ve accomplished by passing a clean CR, all while keeping his party unified and limiting the negative political consequences of the shutdown. The Tea Party will likely be angry at the final deal as some are OK with breaching the debt limit, but Boehner and moderate Republicans can turn to them and say they did absolutely everything they could to fight Obama and Senate Democrats.

It’s easy for liberals to look at Boehner’s position and see a weak leader who has no strategy or endgame and is terrified of the Tea Party. That’s not an entirely wrong description, but it doesn’t mean he is ineffective and it ignores the fact that Boehner has accomplished quite a bit the past week. Once again, Democrats are underestimating him.