Here is the first division preview for the upcoming season and I begin with the NL East: 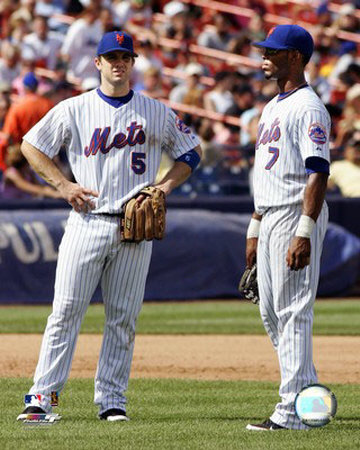 The Mets return the same offense as last year with David Wright, Jose Reyes, and Carlos Beltran leading the team. Johan Santana leads the starting rotation and is followed by Mike Pelfrey and Oliver Perez. Santana is an ace, but Pelrey and Perez could put the Mets in a tough situation if either doesn’t live up to expectations. However, their bullpen is key as the Mets have two proven closers in Francisco Rodriguez and J.J. Putz. There won’t be many times this year when the Mets blow a lead after the 7th inning so if an opponent wants to win, it is going to have to beat the Met’s starters.

I’m going to be in the minority that will pick the Marlins to finish ahead of the Phillies, but I think it is the case. Hanley Ramirez leads a strong offense that is not overly powerful, but with guys like Dan Uggla and Jorge Cantu and great prospects like Cameron Maybinand John Baker, Florida is capable of scoring a lot of runs. The deep starting staff is the Marlins’ greatest strengththough as Josh Johnson, Ricky Nolasco, Chris Volstad, Anibal Sanchez, and Andrew Miller have the potential to be one of the best rotations in the league. None of those pitchers have much experience though and are likely to struggle at points during the season. The Marlins need to figure out a closer for the beginning of the season with Matt Lindstrom injured. It will be an up and down season, but I expect the ups to outnumber the downs.

The defending champs aren’t going to be around in October to defend their title this year as the offense and pitching just isn’t quite good enough to challenge the Mets or Marlins. Chase Utley and Ryan Howard are two powerful figures in the Phillies’ lineup, but the bo

ttom of the lineup just isn’t going to hold up all season. Cole Hamels, Brett Myers,  Jamie Myer, Joe Blanton,  and Chan Ho Park have more experience than the Mets and Marlins’ respective rotations, but Philadelphia’s starters are old and past their prime and this will catch up to them during the season. Brad Lidge sits at the closer role though the Phillies’ bullpen is certainly a question mark (like every team’s bullpen) going into the season.

Atlanta has a roster that could potentially make the playoffs, but in all likelihood, it will struggle in both its offense and pitching this year. The offense still has players like Chipper Jones, Casey Kotchman, and Jeff Francoeur, but none of them can carry a team and runs will certainly be hard to find at points this year.  The pitching staff will be equally inconsistent as Derek Lowe, Javier Vazquez, and Tom Glavine are all big-names, but like the Phillies’ staff, are past their prime. This will likely be a long year for Atlanta fans as their team is in definite need of a rebuilding job.

Washington’s lineup and rotation are nothing special and will lead to a rough year with the losses significantly outnumbering the wins. Ryan Zimmerman is their key offensive player,  but Adam Dunn, Lastings Milledge, and company aren’t going to make this offense terrify opposing pitchers. The pitching staff has a lot of uncertainty as well with prospects John Lannan and Jordan Zimmerman. If both have lights-out seasons, the Nationals may reach the .500 mark, but in the likely situation where each has his own struggles, the Nationals are going to find themselves way below .500. 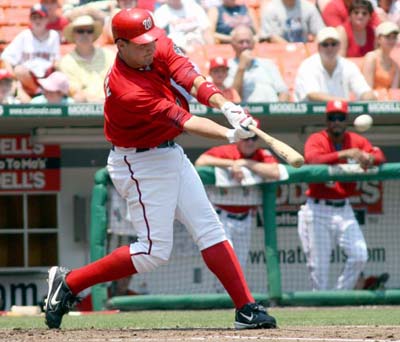