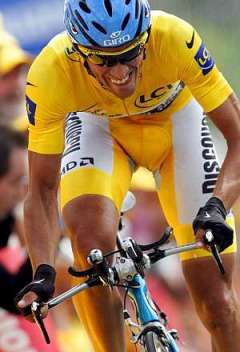 The Tour de France enters the 18th stage tomorrow with Lance Armstrong currently residing in 4th place while Alberto Contador continues to hold the yellow jersey. And yet I say, who cares.

When Armstrong dominated cycling and proved that America could win a sport that they didn’t care about, the Tour de France was slightly interesting. With Armstrong leisurely sitting in the fourth position and Contador quickly pulling away from the field, I have absolutely no reason to follow the race. ESPN shows updates of where Armstrong is and what stage there in, but it lasts maybe three minutes and is entirely focused on the aging American. It’s not just me that doesn’t care. No one cares.

Cycling has been undermined by doping and steroids so much that the little interest that existed beforehand has disappeared. Armstrong was, and to an extent still is, an icon. Livestrong. The man who beat cancer and came back to win the Tour de France. Then allegations of cheating arose. Nothing has been proven and nothing every will be, but the rumors still exist. Armstrong’s legacy has suffered a big blow. And with that, my interest in the Tour de France dwindled so cycling as a whole has suffered a big blow.

After Armstrong “retired” in 2005, my interest actually didn’t drop to zero immediately. Another American, Floyd Landis, had taken his place. Landis actually won* the 2006 Tour de France. Wait a second. He won it and then lost the title since his urine sample came back positive. Landis, Armstrong’s 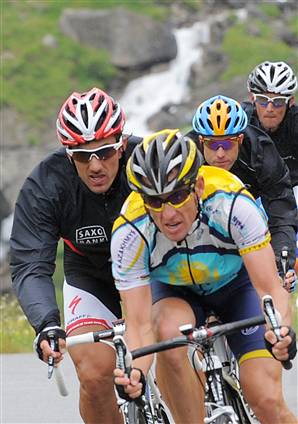 successor, was a fraud, a cheater. Now, my interest was zero.

Spaniards have actually won the past three Tour de Frances. Congratulations Spain. If Armstrong surged to the lead this year, I’d listen to his comments and maybe check his times, but beyond that, I don’t care. I don’t even know what teams he rides for and I have no intention of finding out.

The bikers ride at speeds that are absolutely astonishing. They fly up mountains and over an entire country. It should provoke some interest. The Kentucky Derby draws some crowds. Horse Racing isn’t exactly a highly-followed sport, but the biggest race gets people talking. In cycling though, the biggest event just doesn’t make an impact any more. The event is old. The event is uninteresting. Before, there was the excuse that the sport lost attention because it no longer had Armstrong. What’s the excuse now?

One thought on “Does Anyone Care About the Tour de France?”