I give you 3 incidents:

A. A man shoots himself in the leg with an unlicensed firearm
B. A man drives drunk and runs a red light, hiting and killing a pedestrian.
C. A man runs and operates an underground dog fighting ring.

I’m a little bit late on this story, but a friend of mine just recently pointed out the fact that Donte Stallworth spent 30 days in prison for DUI Manslaughter while Michael Vick spent 19 months in jail for dogfighting. Apparently, the American Justice System values the lives of dogs 19 times more than that of a man. END_OF_DOCUMENT_TOKEN_TO_BE_REPLACED 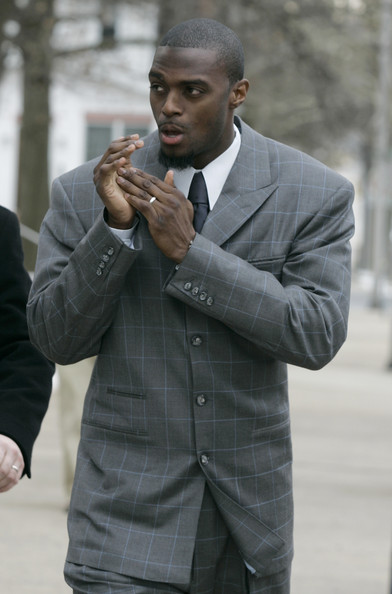 ress, what is wrong with you? Just listen to this statement:

In the last month, Burress has received 5 traffic violations in Florida while he is under arrest in New York for carrying an unregistered firearm after shooting himself in the leg.

Wow. He is without an NFL team after the New York Giants cut him last week and yet he continues to act immaturely. In his most recent traffic stop, Burress cursed out the officer, told him that he knew the sheriff personally and swore at the arresting officer multiple times.

Plaxico Burress, what is wrong with you?

As your NFL career hangs in the balance, all you are doing is making it harder and harder for you to return to the NFL. You are trying to avoid jail time for a charge that carries a three and a half year sentence. Your lawyers are working constantly, appealing to the district attorney for a plea bargain that keeps you out of prison. How exactly are these traffic violations going to help? How is cursing out a police officer, who was doing his job, going to help? END_OF_DOCUMENT_TOKEN_TO_BE_REPLACED