Only one weekend remains in the NHL regular season and I could not be more excited for the Stanley Cup Playoffs. There is one first round match-up (assuming it happens) that is particularly enticing: 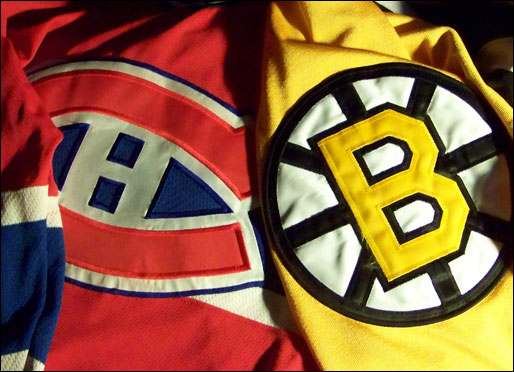 The Habs clinched a playoff birth with an overtime loss in Boston last night in a game that was amazing. The second period lasted a full hour, because the referees had to spend so much time determining penalties after nearly a half-dozen fights. And by fights, I don’t mean 1 on 1, I mean 5 on5, everyone on the ice duking it out with an opponent. Add that to a thrilling, high-paced game with multiple lead changes and an overtime winner and you have a phenomenal hockey game. And this is the regular season.

Last year Boston took number one seeded Montreal to 7 games before falling and the Bruins will be licking their lips for a rematch with the Canadians. Boston’s bruiser Milan Lucic is target number one for the Canadians after bashing the Habs throughout the entire season. Lucic’s biggest victory came early in the season in a fight again Mike Komisarek, who spent more than the next month off the ice with an injury from the fight.

How’s that for a  beat down? The Bruins have had the Canadians number this year, going 5-0-1 against their Northeast division rival. Last year, Montreal won all 8 games against the Bruins in the regular season with only one coming in overtime. The Bruins entered the season as the 8 seed with Montreal being number 1. This season is the exact opposite.

Even with the discrepancy between the two teams during the regular season last year, the Bruins outplayed Montreal during the first round series, but came up a bit short in game 7. So this year, I expect nothing less than a grueling, hard-nosed seven-game series. If the Bruins could push the Habs to the brink of elimination last year, than Montreal could certainly do the same to Boston this season. The young Bruins team though, gained invaluable  experience  last  year, making them ready for a long playoff run.

If, that is, they can get past Montreal. 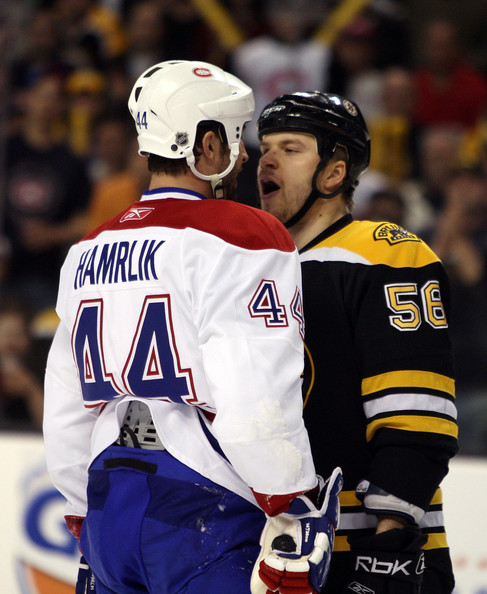 The Canadiens could still end up 7th and prevent an opening round matchup with Boston if they gain any points and the Rangers lose. Both New York and Montreal have one game remaining and are even in points (New York holds the tiebreaker). If that’s the case, than I will certainly be rooting for a couple upsets so that the Habs and Bruins face off in the Eastern Conference Finals with a Stanley Cup Finals berth on the line.

Can you think of anything better than that?